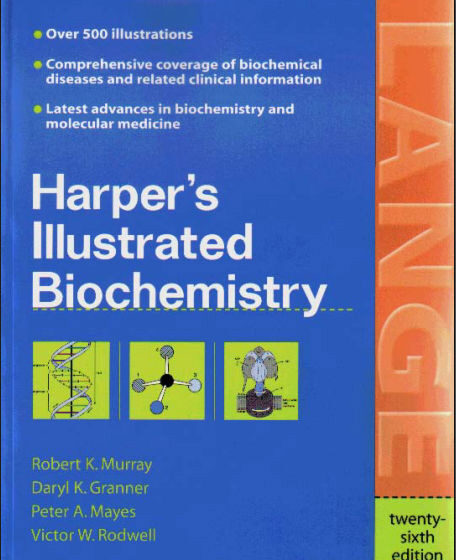 This Harper’s Illustrated Biochemistry Book is written by Robert K. Murray, Daryl K. Granner, Peter A. Mayes, Victor W. Rodwell. The authors and publisher are pleased to present the twenty-sixth edition of Harper’s Illustrated Biochemistry. Check of Physiological Chemistry was first published in 1939 and revised in 1944, quickly gaining a large readership. In 1951, the third edition appeared with Harold A. Harper, University of California San Francisco School of Medicine, as an author. Dr. Harper remained the sole author until the ninth edition and co-authored eight subsequent editions. Peter Mayes and Victor Rodwell have been authors since the tenth edition, Daryl Granner since the twentieth edition, and Rob Murray since the twenty-first edition. Due to the increasing complexity of biochemical knowledge, they have added co-authors in recent editions.

Fred Keeley and Margaret Rand have each co-authored a chapter with Rob Murray for this and previous editions. Peter Kennelly joined as a co-author in the twenty-fifth edition and is a co-author in the present edition with Victor Rodwell all chapters dealing with the structure and function of proteins and enzymes. The following additional coauthors are welcome on this edition: Kathleen Botham is a coauthor, with Peter Mayes, the chapters on bioenergetics, biological oxidation, oxidative phosphorylation, and lipid metabolism. David Bender is co-author, also with Peter Mayes, of the chapters dealing with carbohydrate metabolism, nutrition, digestion, and vitamins and minerals. P. Anthony Weil has co-authored chapters dealing with various aspects of DNA, RNA, and gene expression with Daryl Granner. We are all very grateful to our co-authors for bringing their experiences and new perspectives to the text.

Topics of this Edition 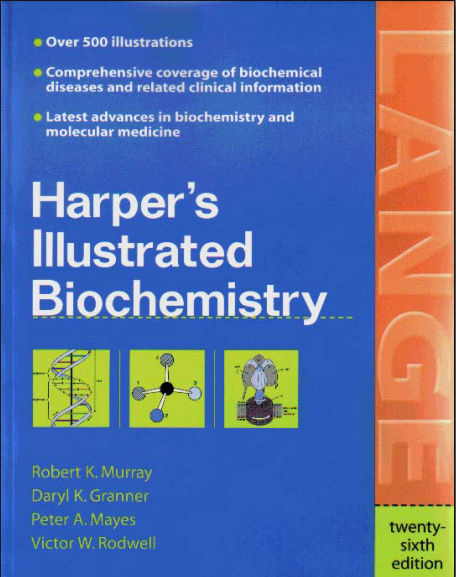