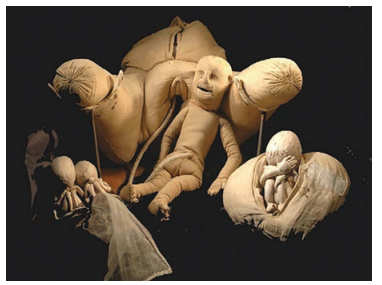 History of Neonatal Simulation will be discussed in this article. Simulation is a modern educational modality of health care training in which patient safety is prioritized. Traditional models of medical education, which were formalized at the turn of the 20th century, relied on the apprenticeship model of training, essentially summarized byte famous phrase, “see one, do one, teach one.” In the traditional educational model, training was geared toward the gradual evolution of skills and graded assumption of responsibility, with a focus on diagnosing and recognizing disease states. Modern simulation methodologies, however, allow learners of all professions to focus on a variety of skills, reflect, and improve practice within a safe learning environment, without harm or risk to the patient. In this chapter, we highlight the evolution of simulation as it is applied to the field of neonatology, from an academic curiosity to an instructional medium, that, when it is paired with sound educational theory, can heighten cognitive, technical, and behavioral skills and be targeted to improve neonatal patient outcomes.

Much of the application of simulation in neonatology comes from its use in other medical specialties
(eg, anesthesia, obstetrics) and even non–health care field. Military planners, for example, used war games and simulations as early as the 18th century to improve tactics and strategy.1 Similarly, the airline industry initially used right simulators in the 1930s, placing an emphasis on pilot preparation and skills training before actual right. In response to multiple airline disasters in the 1970s, such as the collision of 2 Boeing 747 planes in the Canary Islands in 1977, a crew (or cockpit) resource management (CRM) strategy was adopted. CRM emphasizes the importance of training teams in skills such as communication, leadership, and decision-making (human factors) to minimize errors. Advanced cockpit ight simulators, including those of the NASA space program, enabled training and allowed rehearsal of a myriad of known and potential hazards during right. CRM was formally adopted into health care by anesthesiologists in the 1990s as crisis resource management,3 in an effort to reduce error and improve patient safety in the operating room. From there, it was adopted by other subspecialists, including neonatologists.

Simulation in the Premodern Era

The first recorded person to describe using simulation
in surgical training was Sushruta, an Indian sage
and scholar who lived between the 4th and 6th

centuries bc. He specially described using task
trainers to teach basic surgical skills, which are now
considered the foundation of modern surgery.
Sushruta proposed various vegetables as models (task
trainers), such as gourds, watermelons, and cucumbers,
for practicing the upward and downward strokes associated with creating an incision. He additionally proposed using dead animals for bladder excision and venesection, to improve physicians’ skills at a time when speed was of the essence, because of the absence of effective anesthesia. Using task trainers for acquiring laryngoscopic and bronchoscopic skills was subsequently described in the late 19th century.

Obstetric and Neonatal Simulators, the origins of neonatal simulation are closely linked to obstetric anatomical models. Carvings and sculptures (particularly of pregnant women and their unborn
children) were used for anatomical depiction in ancient Egyptian, Chinese, and Mayan cultures.15 During the 17th century, male Chinese physicians were not permitted to examine female body parts, and women were therefore asked to indicate on given below image (the
“doctor’s lady”  where their pain or areas of concern were. Image used only for demonstration purposes. 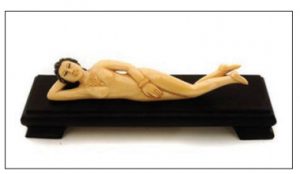 During the 17th and mid-18th centuries, several midwifery birthing models were developed. These models contained carved fetal and newborn mannequins, often attached by a red, silk umbilical cord. During the same period, at the Hospital del Ceppo in Pistoia, Italy, an obstetric model was developed from leather and fabric to teach childbirth to medical students and midwives.

Evolution of Simulation in Modern-day Neonatology

Reports of mouth-to-mouth resuscitation of newborns date back to biblical times, and there are reports of the technique being used by midwives in the 1700s. During the subsequent 200 years, various other newborn resuscitation techniques were developed.22 In 1963, Herbert Barrie, a German physician, was the first to describe guidelines for “modern-day” resuscitation of the newborn. He created a short film that demonstrated resuscitation of an infant with asphyxiation, including the equipment, positive pressure innovation, and technique of endotracheal intubation.

The apprenticeship model dominated the landscape of physician training until approximately the second half of the 20th century, and reports of using simulation in medicine, including pediatrics, were few. In addition, there was uncertainty about who was best qualified to teach neonatal resuscitation, as noted in an editorial by Harold Abramson.

It has not even been decided who shall teach and who shall be taught the prevention of
asphyxia neonatorum and the methods of combating its effects. It seems natural to look to the
obstetrician to take the leadership in educating mothers, physicians, medical students, nurses
and others concerned with maternal and infant care, so that they can assume their rightful share
of responsibility in the prevention of asphyxia neonatorum. From the point of view of the infant,
it would seem to make good sense that the anesthesiologist should assume the role of teacher
in the art of resuscitation, since he is best acquainted with the respiratory airway, the associated
dynamics of respiration and circulation and the related technical procedures.

In 1985, the American Heart Association and the American Academy of Pediatrics created a committee of experts that ultimately resulted in the Neonatal Resuscitation Program textbook being released in 1987. The NRP emphasized that acquiring knowledge and skills was required for effective neonatal resuscitation, but it was not until many years later that emphasis was placed on simulation-based training, on the basis of recommendations by the International Liaison Committee on Resuscitation.