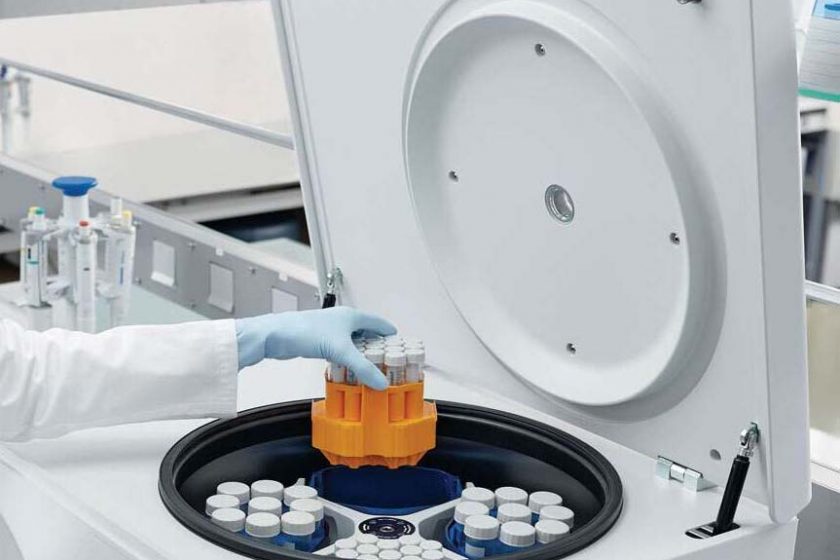 A centrifuge is a piece of equipment that moves an object around a fixed axis (rotates it in a circle). This is done using a force of one length on the spin axis. This power can be very strong.

What Is a Centrifuge Used For?

Because centrifuge machines are excellent at separating particles by density, they are often found in a laboratory setting where it is necessary to isolate certain biological components for testing. In blood samples, for example, red blood cells and plasma combine. After centrifugation, the red blood cells will be at the bottom of the tube and the plasma will be at the top.

Centrifugation is necessary for research on specific components, such as separating blood plasma for tests, isolating DNA, and even sedimentation of urine.

How does centrifuge work?

The purpose of a centrifuge machine is to produce separate components in a sample and to accelerate centrifugation. Due to the forces involved, these machines are designed to operate efficiently while keeping the operator safe.

At the center of the centrifuge is a powerful motor that produces spin. Attached to this motor is a rotor, which will hold the containers that contain tubes containing the material to be centrifuged. This container can be cut at a 45-degree angle (fixed angle centrifuge), 90-degree angle (horizontal centrifuge), or any angle (vertical centrifuge). Depending on the centrifuge, the tubes can either be loaded at the angle at which they will rotate (fixed angle is a good example) or will be loaded into a container that will adjust itself to a different angle after startup. Will This second method is called swing bucket and is a common function in horizontal centrifuges.

Depending on the selected centrifuge, different types of controls are available. Some centrifuges are pre-programmed for one, two, or three processing settings. Some fully customizable programs with digital displays are enabled. Regardless of the type of control, when you start the centrifuge, it will run the motor based on the settings provided. During the cycle, the samples in the test tubes will be separated into their various components so that they are ready for analysis.

Here are some principles of Centrifugation. At its core, centrifugation is a separation through sediment. Higher particles sink to the bottom of the container, while lighter particles remain suspended. Centrifugation will displace particles that are even slightly different in density, and are affected by these four factors:

These are the different types of centrifuges that are commonly used in laboratories.

It is most commonly used to separate particles based on their density, to isolate the particles in the pellet storage, as well as to define the suspensions that contain the particles.
They help to isolate macromolecules and lipoprotein elements from plasma, as well as de-protonize body fluids to study amino acids.
An early ultras centrifuge can be offered with a variety of rotors that rotate multiple patterns at different angles and speeds.

They come with a light-based optical tracking system, which is capable of real-time monitoring of the sample as it rotates.
Users can actually see the sedimentation process. They can see the pattern because it is concentrated with increasing centrifugal force.
Some of the optical systems used for analysis include the light-absorbing system, the alternative Schillern system, and the Rayleigh interferometric system.