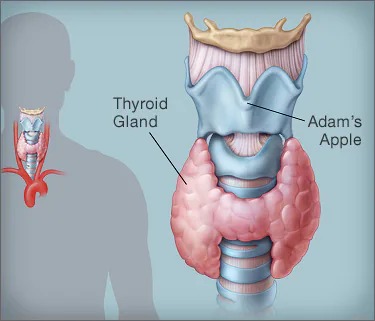 Hypothyroidism Treatment Guidelines – Chronic autoimmune thyroiditis is the original paradigm for autoimmune diseases in general. Only foreign proteins were considered to be antigens until Witebsky and Rose demonstrated that rabbits immunized with a saline extract of homologous thyroid tissue and Freund’s adjuvant produced thyroid antibodies and had lymphocytic infiltration in their thyroid glands. In the same year, 1956, Doniach and Roitt reported that many patients with chronic goitrous (Hashimoto) thyroiditis had high serum concentrations of thyroglobulin (Tg) antibodies. A year later, a second autoantigen was identified in the microsomal fraction of thyroid homogenates; it proved to be thyroid peroxidase (TPO). We know now that other components of thyroid tissue, including the thyrotropin (TSH) receptor and, less commonly, the sodium/iodide cotransporter and pendrin, can serve as autoantigens. The term autoimmune thyroiditis encompasses several different clinical entities whose interrelationships remain unclear. The most important are chronic goitrous thyroiditis and chronic atrophic thyroiditis.

The pathology of these disorders, considered in detail in Chapter 16, consists of varying degrees of lymphocytic infiltration, fibrosis, and loss of follicular epithelium; occasionally some follicular hyperplasia is seen if the thyroid gland is enlarged. Although there is no evidence that goitrous thyroiditis always precedes atrophic thyroiditis, the atrophic and goitrous variants share many clinical and biochemical, as well as pathologic features, suggesting that their pathogenesis overlaps. This concept of a disease continuum is supported.

The Clinical Symptoms Of Thyroiditis?

before we are going to discuss Hypothyroidism Treatment first we need to understand the symptoms of Thyroiditis. 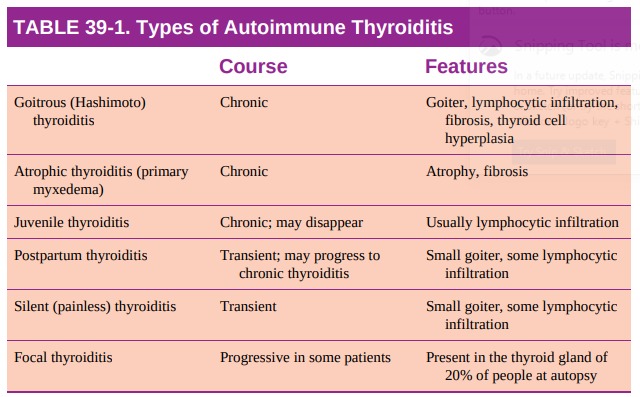 Autoimmune diseases usually occur when there is a failure of T-cell tolerance as a result of a combination of genetic and monogenetic factors (Table 39-2). The importance of environmental factors is illustrated by striking changes in the incidence of Hashimoto thyroiditis for reasons which are unclear and not related to any established precipitant. The high prevalence of chronic autoimmune thyroiditis in women is partly related to the effects of sex hormones, and postpartum thyroiditis also may result from hormonal effects on the immune system and is an important predictor of subsequent hypothyroidism. An alternative explanation for the effect of pregnancy in thyroid autoimmunity is the occurrence of intrathyroidal fetal microchimerism, although the failure to find an association between parity and thyroid autoimmunity would argue against such a mechanism. 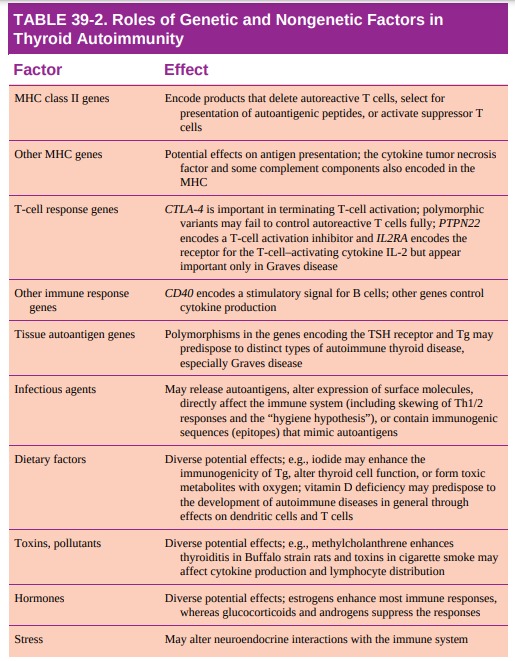 Unlike Graves disease, a role for stress is not apparent in chronic autoimmune thyroiditis, possibly because the disease evolves over such a long period, but stress-related variations in cortisol secretion could affect susceptibility, as suggested by observations in animal models of thyroiditis (see below). Smoking protects against the development of thyroid antibodies and autoimmune hypothyroidism, as does alcohol, and cessation of smoking temporarily increases the risk.

Serologic evidence of thyroid autoimmunity is greater in children who live in areas of high prosperity and standards of hygiene (8). These observations are in keeping with the “hygiene hypothesis,” whereby decreased exposure to common infections or certain gut commensal bacteria skews the immune system toward the development of autoimmunity (9). Hepatitis C virus infection has also been associated with autoimmune thyroiditis (10), but chronic autoimmune thyroiditis is not a sequel of subacute granulomatous thyroiditis, which is caused by a viral infection. Observations in animals provide the most compelling evidence that a high dietary iodine intake can exacerbate thyroid autoimmunity. A high iodine intake increases the frequency of spontaneous thyroiditis in mice, rats, and Obese strain chickens, as does a normal amount given after a period of iodine restriction. Iodine causes thyroid injury in these models through the generation of reactive oxygen intermediates and may also increase the immunogenicity of Tg and directly stimulate the immune system, particularly dendritic cell function (11). The effects of iodine supplementation on thyroid autoimmunity in humans are contradictory, probably due to the existence of immunoregulatory mechanisms that render any effects transient, and also genetic and environmental differences. Nonetheless, iodine administration can increase the frequency of high serum thyroid antibody concentrations

lymphocytic thyroiditis in patients with goiter and can increase the frequency of hypothyroidism (12). Deficiency of selenium has also been associated with thyroid autoimmunity, but although a similar finding has been made in an animal model of autoimmune thyroiditis, dietary supplementation with selenium in these animals had no beneficial effect (13). In patients with cancer or chronic hepatitis who have subclinical chronic autoimmune thyroiditis, treatment with interferon-α (IFN-α) or interleukin-2 (IL-2) worsens the autoimmune process and may cause transient thyrotoxicosis, hypothyroidism, or both, and sometimes permanent hypothyroidism (14).

IFN-α may act via increased lysosomal degradation of Tg, releasing pathogenic Tg peptides (15). It is increasingly apparent that new immune checkpoint inhibitors used for cancer treatment also have adverse effects on the thyroid, which include exacerbation of thyroid autoimmunity (14). Lithium treatment may also precipitate or worsen autoimmune thyroiditis (16). The importance of genetic factors in susceptibility is shown by studies of the concordance of chronic autoimmune thyroiditis in families and especially in monozygotic twins, although in general the influence of genetic factors seems to be less than in Graves disease. As in most autoimmune disorders, the human leukocyte antigen (HLA) system has been the longest studied; Hashimoto thyroiditis is associated rather weakly with HLA-DR3 and to a lesser extent -DR4 in white populations, but other ethnic groups show other associations, including with genes in the HLA class I region (17). Polymorphisms in CTLA-4, a gene that is critical in the regulation of T cells (Fig. 39-1), confer an additional modest relative risk (18). Multiple other loci appear to be involved with each contributing a small effect, which will vary between individuals. Examples are LPP and BACH2 which, like CTLA-4, have been implicated in other autoimmune disorders (19), and polymorphisms in MAGI3 which have been associated with progression from TPO antibody positivity to full-blown autoimmune hypothyroidism (20).

What is Treatment of Hypothyroidism?

Now we come to Hypothyroidism Treatment

Hypothyroidism due to Hashimoto’s thyroiditis is treated with thyroid hormone replacement. Thyroid hormone therapy is also indicated in patients with subacute, painless, and symptomatic thyroiditis of the postpartum thyroiditis. If hypothyroidism is mild in these subsequent disorders and the patient has some, if any, symptoms, then no therapy may be necessary. If thyroid hormone therapy is to be used in patients with subacute, painless, and postoperative thyroiditis, the treatment should be continued for about 6-12 months and then to see if it is needed permanently.

Thyroiditis pain can usually be treated with mild anti-inflammatory drugs such as aspirin or ibuprofen. Sometimes, the pain can be severe and require steroid therapy with prednisone.

we hope now you understand Hypothyroidism Treatment and we try to provide a guideline. See more article and books below