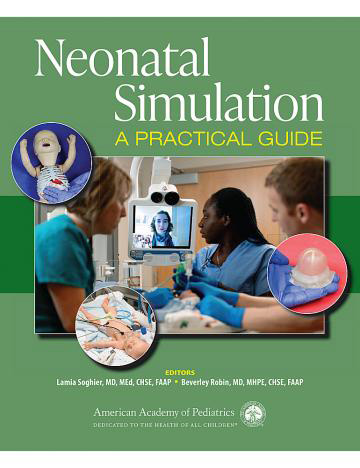 Developed by leading experts in the field of neonatal simulation, this innovative new resource provides neonatal healthcare providers and educators with a basic guide on the design, development, and implementation of simulation-based neonatal education programs. The first chapters introduced learning theory, the basics of program design, simulation, and the neonatal resuscitation plan *. The following chapters will introduce specific applications of simulation in neonatology and reporting technology. This book will guide readers to understand scene design, human body model and task trainer, model, simulation technology, virtual simulation, human body model adaptation required for a simulation program specific, report method, etc. Step-by-step images guide readers to learn how to adapt to the human body model to simulate procedures and how to replicate body fluids and common newborn conditions. This book provides more than 225 types of color images, as well as a large number of useful charts and tables, which are very useful for beginners and experts.

In 2000, Louis P. Halamek, MD, FAAP, proposed a new approach to teaching neonatal resuscitation that capitalized on existing teaching models and incorporated simulation, such as that used by the military, aerospace, and other high-risk industries. ¬rough “NeoSim”—“hands-on” neonatal resuscitation training and post-simulation debriefing Dr. Halamek brought this new paradigm—simulation-based education—to the eld of neonatology. Now, 20 years later, simulation-based education is the mainstay of the Neonatal Resuscitation Program that teaches thousands of health care professionals in more than 130 countries.

The impetus for creating Neonatal Simulation: A Practical Guide was 2-fold. First, we recognized that while there is a variety of published adult and pediatric simulation books, none exist for neonatology. We wanted to ll this void. Second, we wanted to make the innovative work of the neonatal simulation community easily accessible to health professions educators, simulationists, researchers, and any other groups who can bene t from its content—to enhance learning, patient care, and, ultimately, patient outcomes. The beginning chapters cover learning theory, fundamentals of scenario design, and simulation, and the Neonatal Resuscitation Program. the later chapters cover specific applications of simulation in neonatology, and debriefing techniques. Images and appendixes are included, where appropriate, to augment chapters, and central points at the end of each chapter summarize content and o er a quick reference.

¬e book is a culmination of many hours of work by a growing interdisciplinary community of neonatal simulation experts who have shared their insights, research, and experience with us. We thank them immensely for their dedication to the eld and their willingness to share. We would especially like to thank the publishing team at the American Academy of Pediatrics; in particular, we thank Alain Park, Barrett Winston, and Heather Babiar, our editors, who believed in this project at its outset and supported us over the span of 3 years. Last, we would like to thank all of you, who care for the tiniest of patients every day; we hope this book will help you teach and learn.