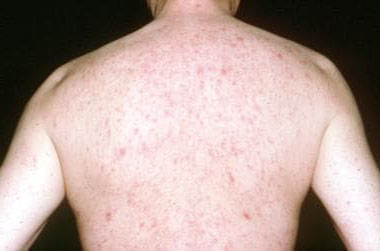 Papulosquamous disorders are a diverse group of skin conditions that have one thing in common: They are identified by raised, scaly, red to purple patches on the skin with well-defined borders. Papulosquamous disorders have many different causes and treatments. Some of the most common include psoriasis, lichen planus, and certain drug eruptions. In this article, we discuss complete information what is the reason for this disease and treatment.

What is Papulosquamous Disorder?

While all papulosquamous disorders have the same distinctive appearance, each has a different cause and treatment depending on the cause of the rash.

Papulosquamous disorders can look incredibly similar to each other, making diagnosis difficult in some cases. Your healthcare provider will determine what is causing your rash by examining your skin and taking a complete medical history. Other tests, such as a skin biopsy, blood tests, or skin scrapings, may also be needed to identify the cause.

It is important for your healthcare provider to check for any rash you develop so that you can get a correct diagnosis and learn how to treat it effectively. 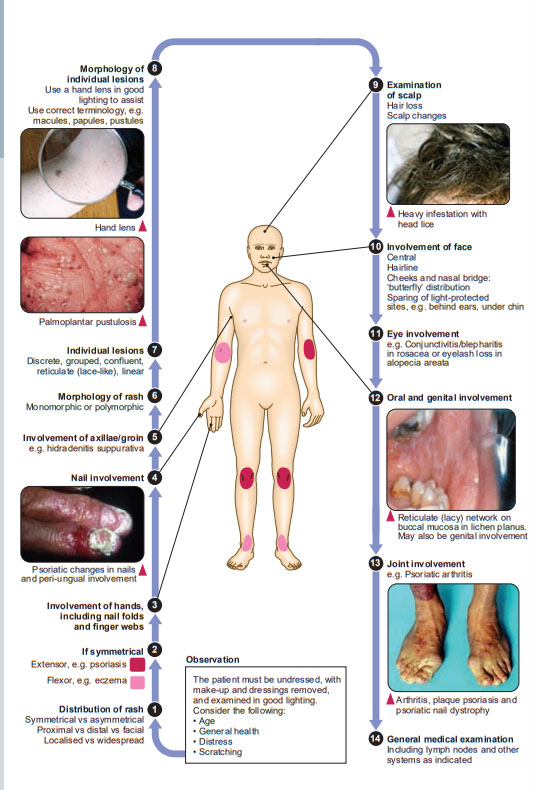 Psoriasis is probably the best known papulosquamous disorder. It is also the most common. Psoriasis is an autoimmune disorder that causes skin cells to build up at an abnormal rate. Plaque psoriasis is very common, but on the other hand, there are many different types of psoriasis. 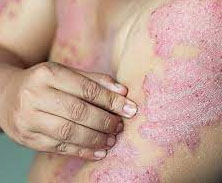 This skin condition is chronic and cannot be cured. However, it can be controlled with the right medications and personal care.

Lichen planus causes itchy, flat, purple lesions. The rash can appear anywhere on the body, even inside the mouth. It is also caused by an autoimmune response but, unlike psoriasis, lichen planus can disappear over time. 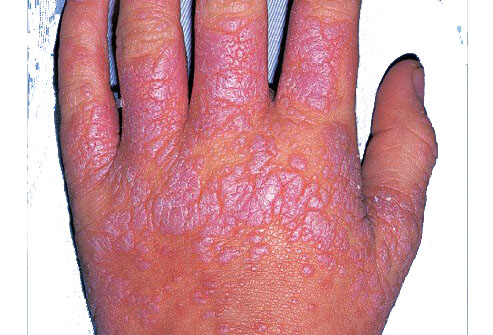 Until it does, it is often treated with topical corticosteroids to help relieve the itching. License planus is not contagious. 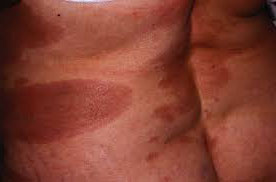 Being a fairly common skin condition, not much is known about the causes of pityriasis rosea. It appears to be caused by a viral infection.

What makes this particular papulosquamous disorder unique is the appearance of a herald patch, a circular or oval spot that usually appears on the trunk. After that, a generalized rash develops.

Pityriasis rosea goes away on its own, usually within two months. Anti-itch creams or hydrocortisone can help soothe the itch until it goes away.

Skin rashes can also happen when you have a reaction to a medicine. Drug eruptions usually appear within the first two weeks after starting a new medicine. These rashes are often very itchy.

Syphilis is a sexually transmitted infection (STI) caused by the bacteria Treponema pallidum. It can cause a generalized skin rash during the second stage of infection, which occurs approximately four to 10 weeks after the initial infection.

The rash caused by ringworm, better known as ringworm, is quite different and is therefore generally easy to diagnose. Despite the name, a ringworm is caused by a fungus and not a worm.

Ringworm is easily treated with topical antifungal medications. Unfortunately, it is also very contagious and is easily spread by skin-to-skin contact.

Nummular eczema, also known as discoid eczema, it is a specific type of eczema that causes round, coin-shaped lesions. Unlike common eczema, the lesions of nummular eczema are so different.

In this condition, skin is very itchy. Topical medications can help in order to control the rash, but once you’ve had it, you’re more likely to experience another flare-up.

Discoid lupus is a form of lupus that mainly affects the skin. It is an autoimmune disease that causes the immune system to attack your skin.

With discoid lupus, a chronic, generalized inflammatory rash is common. It can be treated effectively but not cured. Treatments include topical corticosteroids and topical calcineurin inhibitors (pimecrolimus cream or tacrolimus ointment).