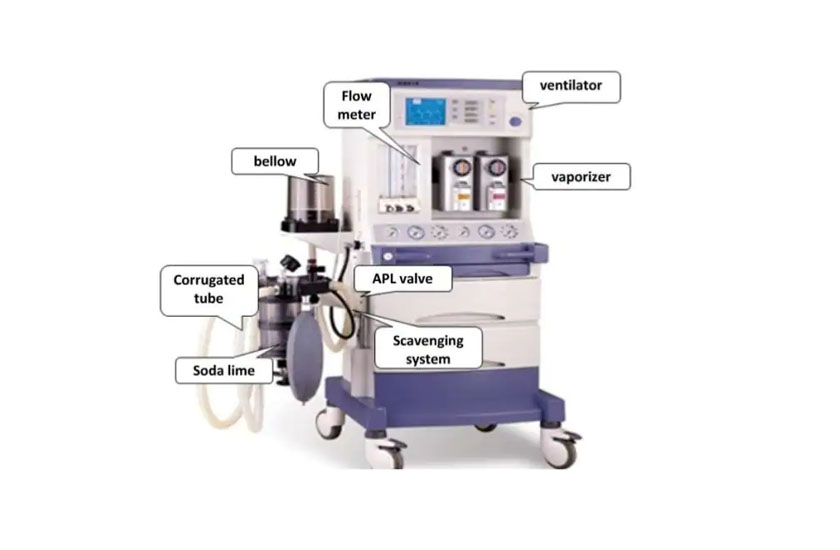 An anaesthetic machine (British English) or anesthesia machine (American English) is a medical equipment. First of all, we need to learn about what is basically anaesthesia. The word anaesthesia means ‘loss of consciousness. Under anaesthesia, people will ‘lose’ pain and other feelings. Anaesthesia can be relatively simple, such as numbing the area around the tooth during dental treatment, or some more complex, such as the use of powerful medications that cause coma.

What does an anaesthesia machine do?

The main function of an anaesthesia machine is to supply oxygen (O2) and anaesthetic gases, remove carbon dioxide (CO2) from the respiratory system, and provide controlled ventilation. It is important to understand the functions of the anaesthesia machine to ensure proper use.

An anaesthesia machine is a device used to deliver general anaesthesia to patients as they undergo a medical procedure. The most commonly used device is a continuous flow anaesthetic machine, which provides a constant flow of air consisting of a regular supply of gas. Modern devices often include monitors and touch screen displays that provide data on heart rate and oxygen saturation levels.

Which gas is used in Anaesthesia Machine

The medical gases used in anaesthesia and intensive care are oxygen, nitrous oxide, medical air, Entonox, carbon dioxide and helix. Oxygen is one of the most widely used gases for life support and respiratory therapy in addition to anaesthetic procedures. This article attempts to describe the production, storage and delivery of anaesthetic gases. The design of anaesthesia equipment should take into account local conditions such as climate, demand and power supply. The operational policy of the gas supply system should include a backup plan to meet the emergency needs of the hospital in case of loss of a primary source of supply.

How to work an anaesthesia machine? 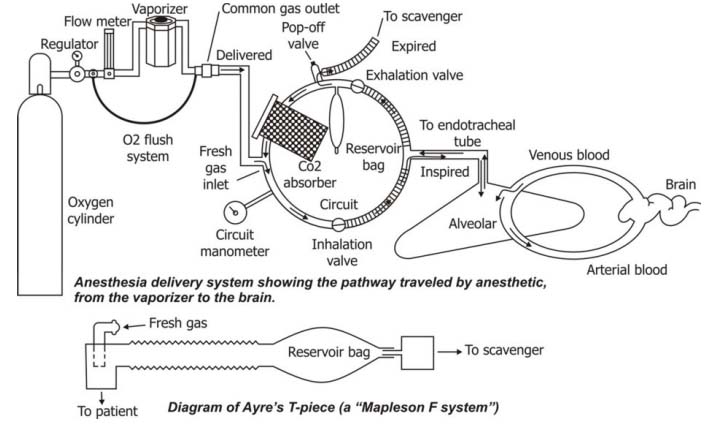 The early Boyle’s machine was using five elements, these are still present in advanced machines:

A high-pressure supply of gases:

01. Misuse of the anaesthesia gas transmission system is three times more likely than device failure, leading to instrument-related adverse effects. Lack of operator familiarity with the equipment or failure to check the function of the machine, or both are the most common reasons. These accidents are for only 2% of cases in the ASA Closed Claims Project database. The respiratory circuit was the most common single source of injury (39). Almost all traumatic events were related to incorrect connection or disconnection.

02. The anaesthesia machine obtains medical gases from the gas supply, controls the flow and lowers the desired gas pressure to a safe level, evaporates unstable anaesthetics into the final gas mixture, and circulates the gases to the breathing circuit. Which is connected to the patient’s airway. . A mechanical ventilator is connected to the breathing circuit but can be disconnected from the switch during sudden or manual (bag) ventilation.

03. While the oxygen supply can pass directly to its flow control valve, nitrous oxide, air and other gases must pass through safety devices before reaching their respective flow control valves. These devices allow the flow of other gases only when the protective device has a high oxygen pressure and help prevent accidental delivery of the hypoxic compound in the event of a failure to supply oxygen.

04. Another protective feature of anesthesia machines is to combine the flow of nitrous oxide gas with the flow of oxygen gas. This arrangement helps to ensure at least 25% oxygen concentration.

06. All modern vaporizer agents are specific and temperature accurate, capable of providing a constant concentration of agents regardless of temperature change or flow through the vaporizer.

08.  “Disconnect alarms” must be passively activated when the ventilator is used. Anaesthesia workstations should have at least three disconnect alarms: low exhaled tidal volume, and low exhaled carbon dioxide. Because the ventilator’s spill valve closes during inspiration, the flow of fresh gas from the machine’s normal gas outlet usually contributes to the sea volume reaching the patient.

09. The use of an oxygen flush valve during ventilation breathing should be avoided as the ventilator spill valve will close and the adjustable pressure-limiting (APL) valve will be discharged. The surge of oxygen (600-1200 mL / s) and circuit pressure will be transferred to the patient’s lungs.

Read More : How does a Centrifuge Work

The types of Modern Anesthesia Machine are as follows: 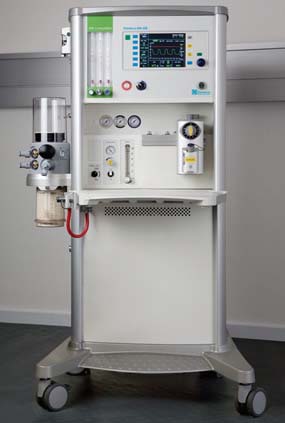 After the invention of anaesthesia by WTG Morton in 1846 and its introduction to the public demonstration of ether anaesthesia, for many years patients did not need an anaesthesia machine to provide anaesthesia until oxygen (O2) and nitrates. Oxide (N2O) is not introduced as compressed gases. In cylinders by the end of the 19th century. A metal skeleton was needed to attach these cylinders.

The boiler machine was invented by Henry Edmund Gaskin Boyle in 1917. His machine was a modification of 1912’s American Gotham instruments and became the most famous early continuous-flow anesthetic machine. The Boilers Apparatus was built by Coxeter and Sons under the direction of Lord George Wellesley and was later acquired by the British Oxygen Company (BOC). “Boyle” was the trade name for BOC. It was named in honour of the inventor Boyle. However, Boyle was not a pioneer in making anesthesia machines. Two other great people have done a great job before. One was James Taylor Gwathmey, who was practising in New York, who invented the Gwathmey machine in 1912. Later, Jeffrey Marshall developed a machine during World War I (1914-1918). Boyle, who built his machine from the original Gotham model in 1917, introduced his invention in 1918 at the Royal Society of Medicine in London. After Boyle, all the credit went to Boyle, although Gotham and Marshall had built their machines before that.

We have read and discussed anesthesia machines or devices. We hope students got it informative if yes then it will be a great pleasure for me if you share this with your classmates or students.

Check more in given below related posts.